Rarely a workday passes when Fred Thebeau doesn’t dream of lunching with reckless abandon on a cheeseburger and fries. Problem is, the customer-service manager for a St. Louis-based marketing research company says, he fears the friendly tongue-lashing he’ll get from his boss.

As his teammate in a 12-week weight-loss competition sponsored by their employer, that boss, Terry Millard, admits to grilling Mr. Thebeau mercilessly the last time he broke down and bought a burger: “Was that a sensible choice? Is that on your diet?” 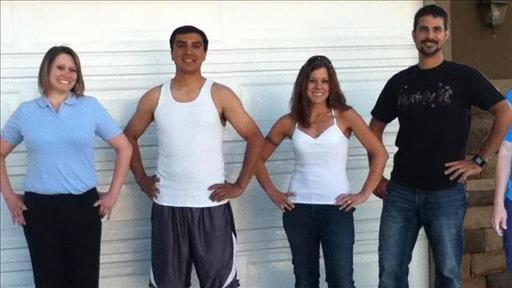 When colleagues are depending on you to lose weight, says Mr. Millard, an information-technologies manager, “the last thing you want to do is catch the wrath of the team.”

Team-based weight-loss, exercise and nutrition competitions are expanding rapidly from reality television into the cubicle world. Employer use of cash, gift cards and other prizes to reward employees for adopting healthier lifestyles has risen 69% since 2009, according to a 2012 survey of 512 employers by the National Business Group on Health and Towers Watson, TW +0.26% a New York-based human-resources consulting firm. Experts say the contests reflect a broader trend of companies incentivizing employees financially for healthy behavior, from regular gym use to quitting smoking.

Companies like the programs because they deliver quick, measurable weight loss, promising lower absenteeism and health-care costs. But the competitions draw criticism as well—that they can be divisive or encourage unhealthy dieting. 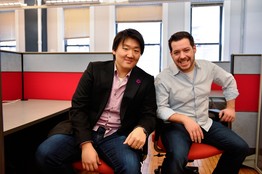 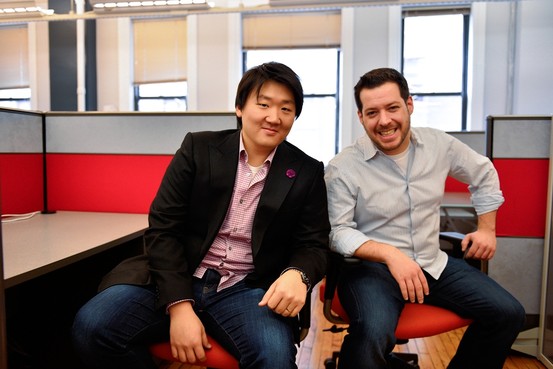 Mr. Millard has lost 40 pounds and Mr. Thebeau has shed 16 pounds since last October in a contest managed by an outside firm called HealthyWage, a New York-based provider of nutrition and fitness incentive programs for more than 400 employers. Participants in the firm’s team weight-loss challenges are eligible for prizes of up to $10,000 for losing healthy amounts of weight over 12 weeks, says co-founder David Roddenberry. The median weight loss among about 30,000 participants has been 4.6%. Others who finish can win ribbons, gift cards and other prizes.

Most team contests require participants to pay an upfront fee, about $25 to $75, which they usually forfeit if they drop out or fail. Participation is voluntary and those who opt in select their own teammates. Organizers usually conduct weigh-ins in a private kiosk at the office, a health club or a doctor’s office—or via photos or videos taken privately by contestants. Weight lost is confidential, but teammates typically share the information. 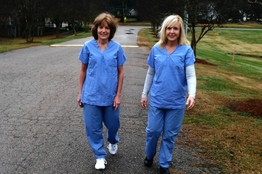 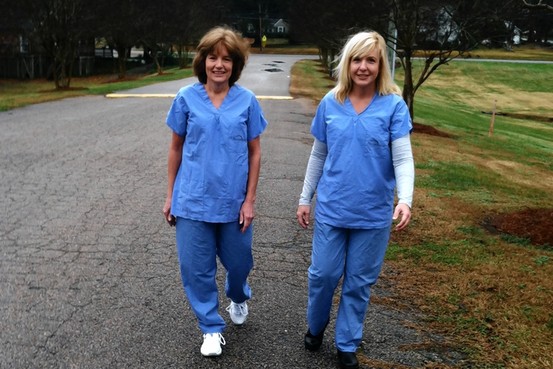 Sharon Morgan‘I don’t like to lose,’ says Nancy Gilbert, left, of Lewisburg, N.C., who urged colleague Elissa Hurt, right, out for walks at lunch. Their team shared a $3,000 prize.

The slim-down programs that work best include financial incentives, such as upfront deposits and cash prizes, says John Cawley, a professor of public policy and economics at Cornell University who is leading a study of 2,407 employees involved in incentive programs. Team challenges are linked to the biggest weight losses.

The competitions can be divisive. Dr. Cawley says one team in his study competed so hard that others wanted to give up, questioning the point of continuing to try.

Georgianna Edwards says a six-week “biggest-loser” challenge she entered with 11 co-workers caused tension when some participants who didn’t make progress started criticizing others’ diets and balking at weekly weigh-ins. Failure is hard “when you work in a close-knit group, because people influence each other a lot,” says Ms. Edwards, a Tallahassee, Fla., consumer-services analyst for a government agency.

The contests usually benefit men more than women. In a HealthyWage study of 66 employees of a health-care company, more than 2 out of 3 men hit a seven-month target of losing 10% of their weight, compared with only 1 in 4 four women, Mr. Roddenberry says.

And ad hoc contests can encourage unhealthy dieting, says Becky Hand, a dietitian with SparkPeople, of Cincinnati, a nutrition-and-fitness website. Maggie Pietila, an accountant for a Seattle cellphone company, says pressure from colleagues led her and 19 co-workers last year to go on a crash diet of fruit and vegetables that left her sick and shaky. “People need to be aware of the difference between a weight-loss challenge and a fad diet at the office,” she says.

As with other dieting programs, participants tend to gain weight back after the incentives stop, Dr. Cawley says. Pat Barone, a Madison, Wis., health and weight-loss coach who teaches workplace weight-loss seminars and helps executives with weight loss, says some of her clients have entered contests repeatedly, losing weight and regaining it, leaving them discouraged. She conducts seminars advising employers on holding “smartest-loser” competitions instead, rewarding employees who achieve the slowest, steadiest weight loss.

On average, however, more people stick to diets when co-workers are watching. Teammates who support each other are 6% to 20% more likely to achieve a 5% weight loss, according to a 2012 study of 3,330 dieters published in the journal Obesity.

Brandon Moser, a marketing director in Chandler, Ariz., says his five-member team in a DietBet contest imposed weekly penalties on members with the smallest loss, forcing them to wear clown or bunny suits for a day. Mr. Moser wasn’t too keen about his own sentence for slacking off: “For a 41-year-old man to be wearing a Justin Bieber shirt is really creepy.”

Elissa Hurt a registered nurse in Lewisburg, N.C., says she would have quit 10 weeks into a 12-week HealthyWage competition if her co-worker and team captain, Nancy Gilbert, hadn’t insisted she finish. “Nancy was like, ‘You can’t do this. We’ve come this far! Keep on going, finish it up,” Ms. Hurt says.

“I don’t like to lose,” Ms. Gilbert says. She pressed Ms. Hurt to join her on exercise walks and forbade her from snacking on cake and other treats. Ms. Hurt is happy she did. Their five-member team won $3,000 in November. HealthyWage’s Mr. Roddenberry says “an aggressive captain seems to be a hallmark of successful teams.”

Samwoo Ee was among the six competitors in a DietBet contest last summer. They usually encouraged each other, sharing photos or posts about their low-calorie lunches or workouts, says Mr. Ee, a creative director for an online New York retailer who recently left the company. But one day, he was dismayed to find several Godiva chocolates on his computer keyboard. “That’s just mean,” he thought, but ate the candies. He suspected his co-worker, photographer Henry Dziekan, who later confessed.

In another act of sabotage, Mr. Dziekan, who also recently left the firm, brought some homemade biscotti to the office. “I was pretty successful in getting everyone to break their diet,” he says. Although Mr. Ee succumbed again, he still met his weight-loss goal and split the pot with Mr. Dziekan and several co-workers, taking home $50 each.